Expect a supersonic show of all the very best Oasis anthems when Noasis, the definitive tribute to Manchester’s supergroup Oasis pull out all the stops at Jack Up The Summer’s ‘90’s day’ this August.
Formed by die-hard Oasis fans back in 2006, the five-piece band has toured extensively and with over 600 performances to date has justifiably earned its reputation as the leader of the pack.

Speaking of the signing, organiser’s said; “2019 marks 10 years since Oasis’ explosive breakup and the well-reported feud between brothers Noel and Liam Gallagher makes a reunion highly unlikely. Instead of longing for a return, we should cherish the past. The launch of Jack Up The Summer’s 90’s day on Sunday 11th August enables us to do just that! Oasis’ relevance in the 1990’s ensured their legacy for a lifetime and with obsessive attention to detail Noasis recreate the real Oasis experience with amazing energy. Performing songs from every one of Oasis’ six albums, the band deliver each one with pure precision; you genuinely will be fooled into thinking you are watching the real thing!”

Frequently described as the nation’s favourite Oasis tribute band, Noasis performed live at Wembley Stadium in March 2014, and then subsequently opened the Isle of Wight Festival in 2015 to 10,000 people in the legendary Big Top.

With Early Bird tickets having now sold out, standard Tier 1 tickets can be purchased online at jackupthesummer.co.uk as well as over the counter at Island outlets including the County Press office in Newport. The earlier you buy the more you save! Kids aged 12 and under go FREE! Teen tickets for 13-17 year olds are available at half the price of adult tickets.

Island visitors can save 20% off of Wightlink and Red Funnel ferry travel when purchasing their festival tickets via the Jack Up The Summer website. 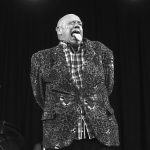 Friday Night News for Jack-Up the Summer Next