Cheeky 90’s Scouse outfit Space whose quirky, uplifting brand of indie-pop has produced many smiles as well as some irresistible tunes, are back with a vengeance! The band will be heading to the Island this August to perform at Jack Up The Summer’s ‘90s Day.’

Space have sold over 5 million records worldwide with albums including ‘Spiders’, ‘Tin Planet’, ‘Suburban Rock and Roll’ along with ten top 40 singles and a host of other single releases to date featuring tracks such as ‘Neighbourhood’, ‘Me and You Verses The World, ‘Avenging Angels’, ‘Dark Clouds’, and ‘Begin Again.’

It was not until the release of their single, ‘Female of the Species’ in 1996 that they achieved popular acclaim. The song’s distinctive style and lyrics led to it being used in TV and film, including the theme song to the UK drama Cold Feet, the 1997 film The Matchmaker and the end credits of the popular movie Austin Powers: International Man of Mystery. The track subsequently gained further popularity in the UK when used in a 1998 advert for the body spray ‘Impulse.’ The song’s name is a reference to the 1911 Rudyard Kipling poem ‘The Female of the Species,’ which includes the line “The female of the species is more deadly than the male”.

Organisers said; “We are delighted to be reuniting Space with their close friends from 90’s pop-punk band Republica at this year’s Jack Up The Summer. As part of their joint 20th Anniversary celebrations, Space embarked upon a tour in 2014 alongside the iconic act. The tour included performances in Dubai, Israel and Germany. We’re now recreating that hugely successful sell-out partnership and bringing it to audiences on the Isle of Wight! The two bands will be appearing live on stage together with not one but two of the biggest boy bands of the 1990s – East 17 and 911, on Sunday 11th August, with more great names still to be announced.”

The melodic core of Space’s sound is inspired by 1960s guitar groups such as The Kinks and The Who, which got them labelled as part of the Brit-pop movement. However, their imaginative, pioneering usage of electronic instruments and sampling draws influences as diverse as post-punk, ska, techno, hip hop, lounge music, easy listening and vintage film soundtracks. Each member of the group has wildly different tastes in music, which they bring to the fore of their work. The band have also became known for their deliberately tongue-in cheek, sometimes dark humoured lyrics, which frequently dealt with challenging topics.

Space continues to write gritty edgy pop songs that capture the imagination of the listener, with their latest album ‘Give Me Your Future’ having been released in December 2017.

Formally Jack Up The 80s, this hugely popular event continues to deliver on its retro promise by celebrating the upbeat, hand-clapping music of yesteryear, centred around party hits and feel-good music from both the 80s and 90s.

With 85% of Early Bird Weekend and Day tickets already sold, a strictly limited number now remain and can be purchased online at jackupthesummer.co.uk as well as over the counter at Island outlets including the County Press office in Newport.

The earlier you buy the more you save! Kids aged 12 and under go FREE! This year owing to popular demand organisers have released a teen ticket for 13-17 year olds sold at half the price of adult tickets.
Island visitors can save 20% off of Wightlink and Red Funnel ferry travel when purchasing their festival tickets via the Jack Up The Summer website – jackupthesummer.co.uk 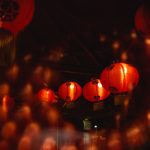