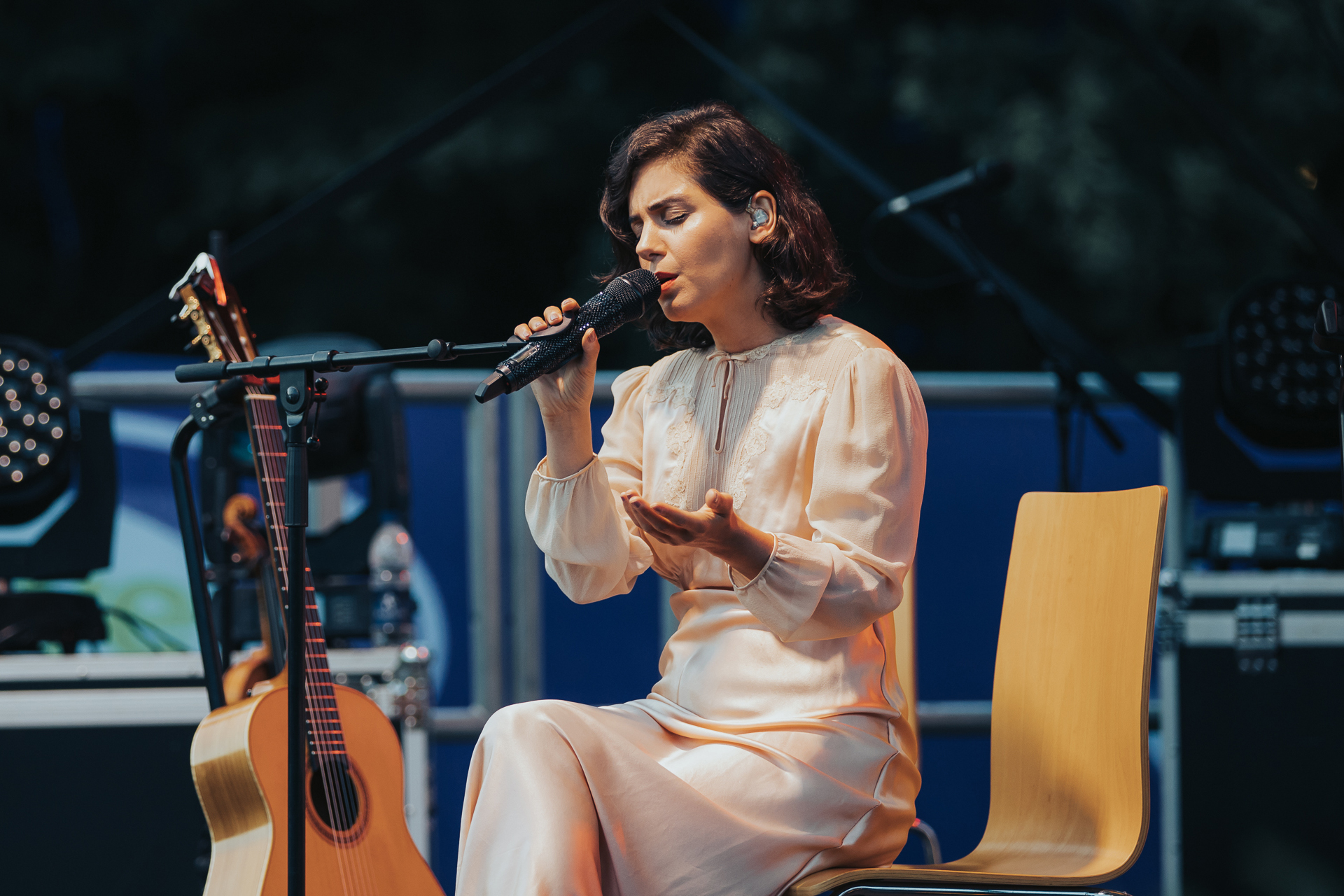 The valley at Robin Hill, home of the very first Bestival, was the perfect setting for the ‘socially distanced’ Woodland Sessions last weekend, the very weekend that would have been the IW Festival if it hadn’t been for the government’s Covid restrictions. And on the second night, Friday 17th July, Katie Melua chilled everyone out with a stunning selection from her extensive catalogue. 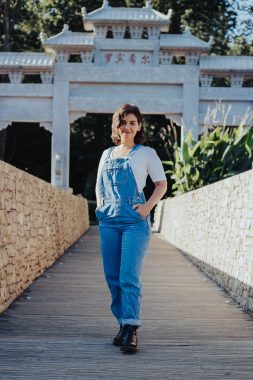 Katie in front of the iconic marble arch at Robin Hill 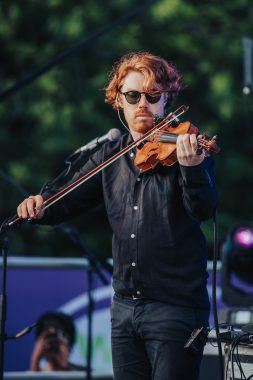 Supporting artist, Simon Gough gave a haunting and atmospheric violin interlude to begin, with backdrop of coastal scenes in the twilight – were they of Island scenes? We couldn’t be sure, but they perfectly accentuated the wrap-around violin blanket that was enfolding us.

Opening with ‘Perfect World’ a track that summed up the vibe that was descending upon the crowd, Katie promised that “we’re going to have a great night tonight.” Plucking her acoustic guitar, and accompanied by her brother, also on acoustic guitar, Katie’s flute-like voice echoed across the valley as the sun was setting. The air still. A few people still finding their seats.

Her backscreen featuring Mulberry trees, lit in a procession of colours, changed from yellow, to green, to blue. The birds in the woodland sang as they settled before sleeping. ‘I will be there,’ vibrated around the auditorium, gently alighting upon the audience. At the end a pair of hawks could be heard calling to each other from within the woods.

‘Nine million bicycles in Beijing,’ gets a palpable reaction from the crowd, all of whom seem to be too scared to join in – I guess the ones down the front might be. The backdrop light is now pale pink, and Katie has picked up her guitar again. She introduces her brother, Zurab Melua, her companion on guitar, at the end of the song.

Katie tells us that in 1994, she and her brother came to England from Georgia with their parents, and that in Georgia they have lots of songs to celebrate their homeland, but that here there don’t seem to be so many. ‘There’s no Better Magic (Than This),’ is her redress.

‘A Love Like That,’ in the crepuscular light (it means twilight), her arms outstretched at the end. “Getting dark at 4pm,” she croons as the darkness falls at 8.30pm in ‘Voices in the Night.’ “There’s too many stories of rich men wanting more, I can’t hear them anymore,” she sings. “Mellifluous,” says my friend, the adjectives queen – the light behind Katie is now a deeper sky blue.

“Took my heart and lifted it to the stars, to the sky,” began the next song, written by violinist Simon Gough, ‘Maybe I dreamt it,’ and now the backdrop is a deep orangey pink. “You showed me freedom, courage for all, where time was plenty, and no one feared the stars that fall…” – holding the note for an impossibly long time.

“I’m so in love with Bob Dylan,” she admits as she begins, “Girl from the North Country,” the background now a deep burnt orange. Leaves still rustling in an unseen breeze. Then “Althea,” by the Grateful Dead – did you think you’d hear Katie Melua sing a Grateful Dear song? I didn’t.

“Heading Home’”– “I’ll be there by dusk,” seems appropriate as the darkness has almost fallen. I can hardly see to write. The Beatles’ “Here Comes the Sun,” as the sun says its final farewell, and then, “Blackbird” as we hear the final songs of the actual blackbirds, settling down for the night.

It’s Zurab’s birthday, and the audience insist on singing him “Happy Birthday.” Next, it’s Katie’s signature song, the one that first brought her fame, and “This Is The Closest Thing to Crazy I Have Ever Been,” silences the audience in one fell swoop. Even the bar staff were entranced. I heard not one single pin drop.

“Airtime”, and “Remind Me To Forget,” and the evening is over, all too soon. We walk up through the woodland, looking out for fairies and sprites, behind the trees.

By Jo Macaulay, with adjectives from Kate Gooden 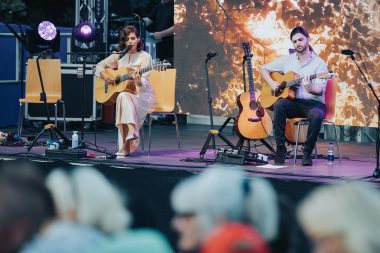 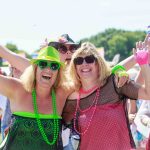 Jack Up’s all set to bring back the good times this summer! Previous 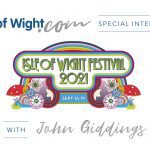 Isle of Wight Festival 2021 – An interview with John Giddings Next 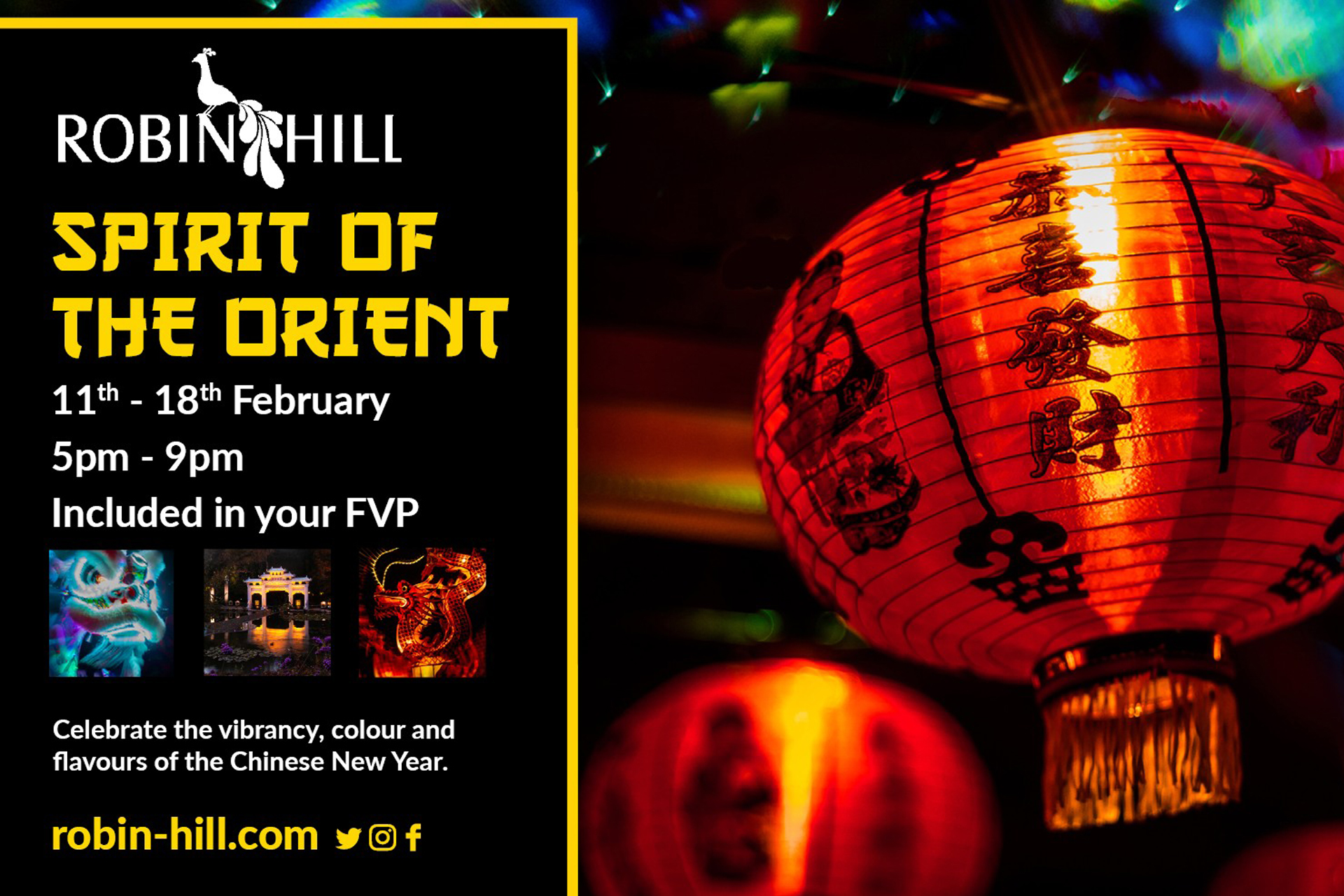