The Restaurant at the Seaview Hotel has been awarded a prestigious Michelin Bib Gourmand for the third consecutive year. The Bib Gourmand, created by Michelin in 1997 in recognition of affordable and creative dining, is regarded as to be as noteworthy as the coveted Stars.

‘I am incredibly happy that we have retained our Bib for the third year. We are lucky to work with fantastic suppliers on the Island and the quality of ingredients from cheese, to seafood, to heritage vegetables is quite simply exceptional. Outstanding ingredients, and a talented team, now that’s the winning combination!’ says Liam Howes, Head Chef.

Liam Howes was made Head Chef this year, and at 24 he is currently one of the youngest chefs to have a Michelin award. The Restaurant menu showcases modern British cuisine featuring an array of local suppliers, with considered and sometimes unusual flavour combinations such as hake with clams, Living Larder stuffed pepper, samphire and harissa hollandaise or  Green Barn Farm goats cheese soufflé with fiery local watercress veloute, black olive crumbs and oil of Wight extra virgin rapeseed oil.

‘I used to experiment with flavours when I was a nipper and now I do it for a living. If you have a good palette and a sense of adventure you can create interesting and memorable pairings,’ says Liam.

‘I knew Liam was an exceptional chef but it’s a big deal being a head chef at only 24. Getting the Bib for the third year shows just how determined and talented Liam and his team are!’ says Martin Gardener, the owner of the Seaview Hotel.

A Bib Gourmand, commonly referred to as a Bib, highlights establishments offering good food at affordable prices. There are now only 145 venues in the UK in receipt of a Bib and Michelin state that the award ‘is now rightly considered by our readers to be as important as our Stars.” The Restaurant at the Seaview Hotel is the only Isle of Wight venue to be recognised with a Michelin award. There are several other Island venues reviewed in the 2018 Guide including The Taverners, Thompsons, The Royal Hotel, Dan’s Kitchen and the Little Gloster. The Michelin Guide is often considered to be a gold standard as all reviews are anonymous and independent.

We look forward to welcoming you very soon for some culinary delights.

By isleofwight.com
Culinary hat-trick for the Restaurant at The Seaview Hotelisle of wightPrestigious Michelin Bib Gourmand for the third consecutive year. Isle of Wight hotels 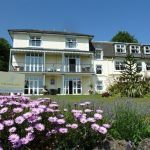 SPOTLIGHT ON THE HAVELOCK, SHANKLIN Previous 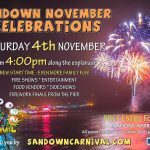