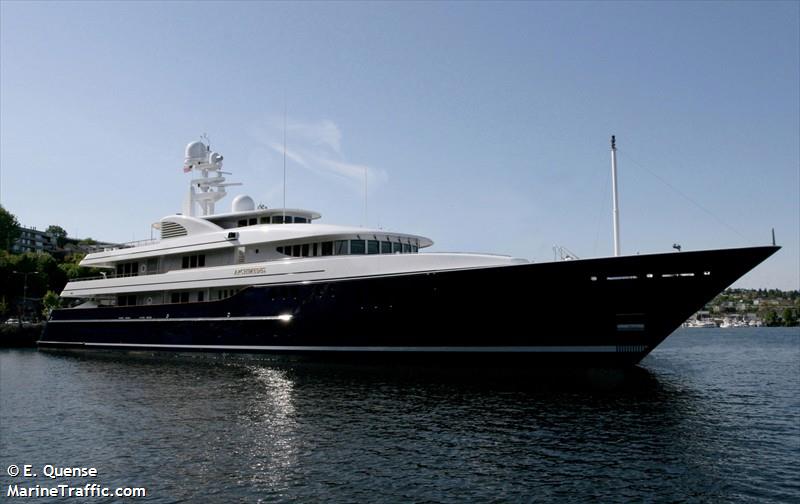 Well, last night (19th August) Mrs isleofwight.com and junior decided to go looking for Pokemon around the metropolis known as East Cowes – a past time that I am less than enthusiastic about, preferring to catch-up on the weeks soaps from the comfort of my sofa.

About an hour and a half later they returned really excited because they had been standing along side the Super Yacht “Archimedes” that was moored up at East Cowes along side the new Red Funnel car park.  They were able to see the chefs busy in the kitchen and had a superb view of the comings and goings of the staff and were stunned to see such a big yacht so close up.

We have all seen “Archimedes” lurking in the Solent before, but this was a real oportunity to see it close at hand.  What they saw is in the gallery below.

Besides from the pictures they took in the gallery above, we have found information relating to the yacht which may well be of interest to people that have seen this magnificent vessel before.

“Archimedes” is owned by Hedge Fund Boss James Simmonds, an American who founded Renaissance Tech in 1982 and is said to own assets worth 15.5billion US dollars.

Archimedes, a luxury 230ft long motorised yacht and is a magnificent sight to see as she cruises gracefully through the water.  The yacht is worth $100million and was custom-built and delivered to its owner in 2008.

She can cruise at 12 knots with a maximum speed of 16 knots.  12 guests can be catered for in six cabins and 18 crew in eight cabins.

The photo’s below are provided by SuperYachts.com and their article on “archimedes” can be found HERE 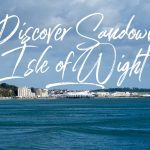 Discover Sandown on the Isle of Wight Next