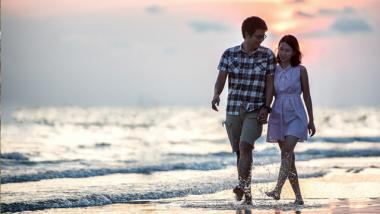 This is a wander, rather than a walk. There are nine information boards sited around the Victorian town of Ventnor, and the idea is that you walk from one to another, or just find them as you walk around the town. If you want to walk this as a complete trail, you can walk from number one to number seven, which takes you from the Heritage Centre in the town, down to the Esplanade, back up steep steps to Belgrave Road, then along to the park and further west to the Botanic Garden in St Lawrence. After this the trail doubles back and climbs, first up to the Industrial Estate, which was the central train station before the lines were taken out, and then on up to the top of Ventnor Down. If you’re walking this last leg you do need to be fairly fit as the pathway is very steep!

The information boards are at:

A leaflet on this walk can be downloaded here