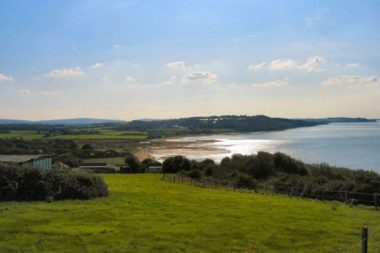 Thorness Bay is an 86.2-hectare site of special scientific interest which is located to the west of Cowes.  It is approached via the Park Resorts site which is accessible on the road that runs between Cowes and Shalfleet.  Enter the site and find a place to park and then follow the footpath to the beach. The site was notified in 1966 for both its biological and geological features. The bay stretches about 3 km from Salt Mead Ledge in the west to Gurnard Head to the east.  It is a pebbly beach, but the views across the Solent are lovely.  There is plenty of wildlife and it also a great place to go cockling at low tide.