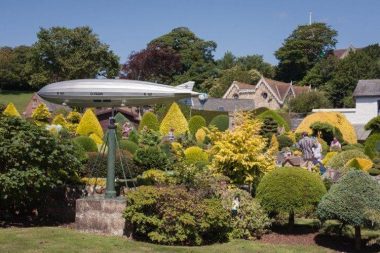 The first ever Isle of Wight Festival back in 1968 was held near by at Ford Farm (now a holiday accommodation) and attracted 10,000 people to the Island. The village is one of the ancient parishes that existed before the compilation of the Domesday Book back when the village was spelt ‘Godeshulle’. The church was given by William Fitz-Osbern, who died in 1070, to the Abbey of Lyra in Normandy. Godshill Park House dates from about 1760 and was built as a home farm to serve the Appuldurcombe Estate. In around 1860 the house was extended, adding the Regency front and became a private residence. It was used in the Second World War as an army hospital.

A place of iconic places to visit, such as Godshill Model Villiage, which is suitable for all ages. While you are visiting, you can find an array of gift shops and tea rooms to indulge yourself and loved ones.