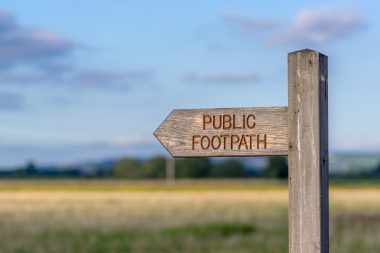 This walk stretches the length of the navigable Medina River, which has West Cowes and East Cowes at its mouth and Newport at its first bridging point. The walk from West Cowes to Newport follows the former railway line route, along the edge of the river, and has picturesque views across the Medina. The route from Newport to East Cowes follows the river as far as The Folly Inn at Whippingham, but then heads inland and along roads to finish at East Cowes. You can then take the floating bridge or a boat to West Cowes to return the point at which you started. Be aware that most parts of this route are also cycle paths.

Beginning at West Cowes floating bridge terminal, you walk up Medina Road and take the first left into Bridge Road. Walk up this road, taking the third left into Pelham Road, following this road until the first right hand turn into South Street. At the top of this road turn left into Arctic Road.

At the mini roundabout bear right and look to your left, where you will see a pathway leading southwards alongside woodland – this is the old railway line pathway to Newport. (Public Footpath No 29).

At Newport the public footpath joins up with the road skirting the river, called Little London. Although mainly a one-way street, in places this road has no footpath. Follow Little London to the Quay Arts Centre and at turn left at Sea Street. Then take the first left across the bridge onto The Quay and walk up the road next to the river until you meet the public footpath leading up from the right, just past Jubilee Stores. (Public Footpath No 120). Follow this pathway to Island Harbour, across the bridge at the entrance to the marina, and on to the Folly Inn.

At the pub turn right up Folly Lane and take the footpath leading off to the left at the first right hand bend. This will be signposted to Whippingham Church and East Cowes. At the church turn left into Beatrice Avenue, and follow this road as far as Victoria Grove where you turn left. This road leads downwards to a right-hand bend, and you take the first left into Minerva Road after this bend. Minerva Road leads into Clarence Road, which you follow all the way into East Cowes.

There is an illustrated map of this walk available here.