Whether you are over on the Isle of Wight for break, holiday, special occasion or business trip the Calverts Hotel located in Newport the heart of the Isle of Wight is the ideal place to stay, offering all the facilities of a town hotel in a great location with a warm and friendly atmosphere. As the hotel is located in the centre of the Island, it makes a great base from which to explore the Islands fascinating history, stunning scenery and great attractions.

Open all year Calverts Hotel was originally built in 1732 and was once the home of the Mayor of Newport and later to a succession of Surgeons. The Hotel was named Calverts in 1970 and now provides 33 rooms, bars, restaurant and function rooms. Your hotel bedroom… The Hotel has a range of singles, twins and double bedrooms. All rooms are en-suite and all have TV’s, and tea/coffee making facilities. Self-catering suites are also available for guests who wish to have longer stays.  The Restaurant, which is open to non-residents, offers full English breakfast, lunch and a varied menu for evening dinner. The two bars, open to non-residents, offer a cosy atmosphere whilst providing ample seating and tables for large parties. The hotel has meeting rooms and a large function room for private events.

Newport, the ‘Capital’ of the Isle of Wight, provides visitors with not only, all the facilities of a large market town but also a fascinating and varied history. The leading tourist attraction, Carisbrooke Castle, one of the best-preserved castles in Southern England, was built by the Normans as a Fortress against the invading French and Spanish and later was the prison for Charles1 in 1648 now gracefully overlooks the Island’s busiest town. Because the harbour is well sheltered and centrally positioned in the South it became a highly successful trading port in the 17th and 18th Century known as ‘new port’ Newport, due to its central position, has numerous well cared for riverwalks, footpaths and cycleways. You can take off North, South, East or West for a good days walking or cycling. Local parks offer Tennis, Bowls and Newport Golf Club’s 9 hole course is located on the downs overlooking Newport. From Newport Bus Station, you can travel with ease to all parts of the Island, with a comprehensive network of routes to all towns, beaches and countryside locations. 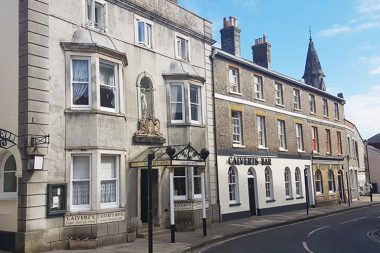