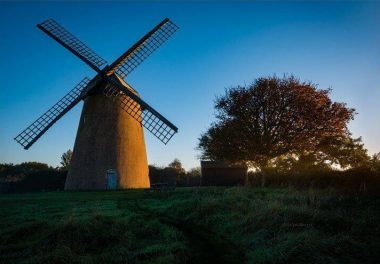 Home to a local lifeboat station, Bembridge is a village and civil parish located on the easternmost point of the Isle of Wight. It had a population of 3,848 according to the 2001 census of the United Kingdom, leading to the implausible claim by some residents that Bembridge is the largest village in England.

Bemridge Windmill is the only remaining windmill on the Isle of Wight, located to the west of the village. Dating from around 1700, it is a National Trust property generally open from April to October.