The Isle of Wight will host the Tour of Britain – the UK’s biggest and most prestigious professional cycle race – for the first time ever in September 2022 that will see the final stage of the 2022 race taking place on the Island.

It will mark the first time that the Tour of Britain has visited the Isle of Wight, providing a unique opportunity for residents and tourists to watch the world’s top teams and riders racing on the Isle, in front of a worldwide live television audience. 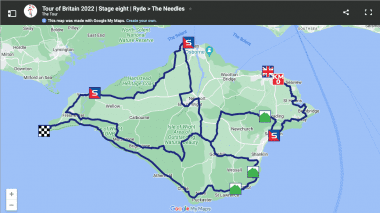 The Tour of Britain will become the biggest-ever sporting event to take place on Isle of Wight soil when the race finishes there on Sunday 11th September.

Stage eight promises unforgettable for riders and fans alike, owing to the spectacular 148.9-kilometre route from Ryde to The Needles. Not only will the route showcase the Island to a worldwide TV audience – its county town of Newport, as well as the popular tourist locations of Cowes, Sandown, Shanklin, Totland, Ventnor and Yarmouth all feature – fans will be able to catch the race in multiple locations owing to the way it loops around the Isle.

The final 20 kilometres will take the peloton along the stunning Military Road, which offers breathtaking panoramic views out across the English Channel, towards The Needles Landmark Attraction. This year’s race culminates with a two-kilometre climb up to Tennyson Down, the final 400 metres of which average a gradient of 9.6%, making it the toughest ending to any Tour of Britain in modern history. 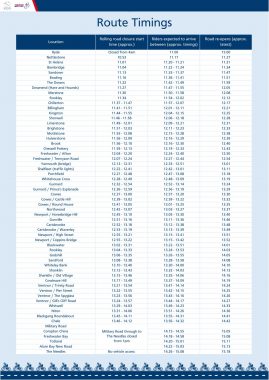